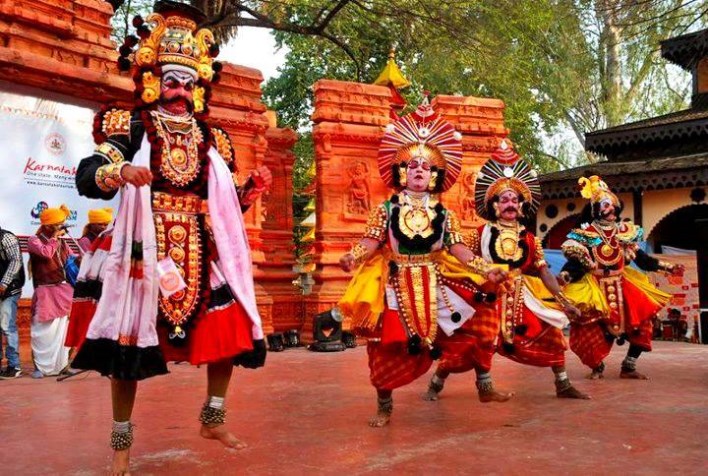 Yakshagana is a folk theatre and is one of the most famous art forms in the state. It is usually performed from dusk to dawn depicting stories from the Mahabharata, Ramayana, and other Hindu epics. A group of musicians, called Himmela play the music while the Mummela – the actors and the dancers enact the narrative onstage. The Himmela has a lead singer who is also in charge of the entire production. Other members of the group play traditional instruments, like maddale and chand – different types of drums. A performance usually begins in the twilight and is followed by the beating up of drums which lasts for an hour until the actors arrive on the stage.